Cherry collected from across 2 zones (Abukado and Botto) on estate, then further separated into 3-4 lots per zone based on harvest collection time. Cherries are dried on tarps with close monitoring by staff. Abdulwahid is slowly expanding raised beds, thus a small portion is currently dried on raised beds.

Kossa Geshe is located in Western Ethiopia’s Limmu Kossa District, in the highlands of the Kebena Forest. This 1,000 hectare farm was established in 2009 as a land grant from Ethiopia’s investment agency to safeguard some of the last remaining dense forest in the country. Abdul runs the show. His first harvest was 2016 and Crop to Cup has bought every bean since, entranced by his qualities and the cup characteristics from day one. The story of Kossa Geshe is one of meteoric rise. In 2016 he began running the farm and two years later his coffee won a Good Food Award – one of the first coffees out of the west to earn the distinction and to truly compete with the excellent naturals coming from Southern Ethiopias Sidamo and Yirgacheffe regions. Abdul continues to reinvest. From a new moisture meter, to a new 7500 m sq drying patio (to go with raised beds) completed in 2018. It goes without saying that quality is continually on his mind.

Crop to Cup doesn’t normally work with estates, but Abdul has been an exception. So, we’ve got quality and a few other things on our mind when we visit with Abdul. In 2017 we conducted a full social audit with him and came back with quite a few recommendations. The very next year, we come to find that he’s built a school on the farm for children before they go to 1st grade. He’s built new toilets for the workers, 8 meters deep. In addition, he’s implemented a ledger system for employees and their wages – a form of transparency that needed to be completed.

Abdul is a man of action. It’s been a pleasure to see such a quick metamorphosis from a new producer and we’re annually excited to welcome his coffees to the U.S.

Ethiopia is a coffee powerhouse. It’s the birthplace of the plant, the seventh largest producing country in world, and one of the world’s leading consumers of coffee as well. Because coffee is such a vital part of the economy in Ethiopia, the government has a hand in it, making for an interesting coffee context. Ethiopia is proudly a nation that has never been colonized, and the longtime government has been from a tribal minority (the Tigray). In 2018 there was a coup that installed an Oromo president – the largest tribe in Ethiopia. Its namesake region, Oromia, sprawls awkwardly south and west from the capital city Addis Ababa – and covers the majority of coffee territory in Ethiopia.

Of the over 100 million people in Ethiopia, almost 15 million rely on coffee for income. Coffee accounts for 60% of foreign income, and is about 40% of total country exports. For the scope (Africa’s largest producing country) and importance of the industry, there’s a surprising amount of consolidation. Things are constantly changing in Ethiopia but for the most part, buying happens in three ways, from an Exporter who buys off the ECX, from a Coop Union which markets coffees collected from member coops, or direct from a single producer or estate (as long as they have a farm over 2 hectares, they can export). You can see more about these below.

ECX: The Ethiopian Commodity Exchange was established in 2008, with good intentions. The idea was to make market prices / price discovery available to rural sellers. The ECX installed tickers at 32 rural sites and also push notifications to a quarter million subscribers. The idea was, that this would protect farmers from predatory buyers. The ECX established 55 physical warehouses, where coffee is held across the country. Farmers bring parchment to the warehouse where it is graded by cuppers and given a designation. Contracts are sold to buyers that have seats on the auction. Contracts are all for 30 bag quantities, and buyers do NOT get to cup the lots before purchasing. When the ECX first opened, the mandate was that coffee had to go through the ECX. Quickly, warehouses overflowed, prices plummeted. There was also an outcry from specialty coffee buyers who wanted to work directly, or taste coffees before contracting. Certainly, it was a difficult launch. There’s a good “Market Watch” piece on it called, The Market Maker. Those regulations were soon relaxed, allowing for some direct trading to continue with individual farms. However, the regulations still maintained that buyers and sellers be de-coupled. Previously, exporters often owned wetmills in Ethiopia and could buy cherry and sell green. Now, wetmills are required to sell to the EXC, and exporters are required to buy from the ECX. In other words, wetmills cannot not directly sell to exporters.
As it stands now, the only way to get exceptional coffee from the ECX is to buy it, then cup it see if you like it. If you don’t, you’re stuck. This process isn’t practical for a specialty buyer, so oftentimes exporters will allow specialty buyers to cup through their purchases from the ECX and select the ones they like – the exporter can then use the coffees not selected to fill a commodity contract for another buyer. While this can result in good coffee, the traceability is lost and the ability to replicate that coffee next year is only as good as the cupper and relationship with your exporter.

COOP UNIONS: When we first arrived to Ethiopia in 2013, there were only 5 operating Unions organized by geography (Oromia, Sidama, Yirgacheffe, Limmu and Bench Maji). Oromia (extending as it does) is the largest, with 405 member coops, followed by Sidama Union, tiny in comparison with just over 50 coops represented. Yirg Union is smaller still. Coop Unions have a standard model in Ethiopia: buy coffee at the auction price, sell coffee to a buyer and collect 20% of the profit as service fees. From, there they split the remaining profit 70/30 with the coops they bought from. Unions are generally known in Ethiopia as FTO suppliers. Coffee that move through the ECX do not carry certifications, so the only place that you can get certified options are Unions and private farms.
Recently, a new Coop Union was established called Kata Maduga. It brought together coops in Jimma that were formed by Technoserve work, and previously managed by the Oromia Union. These coops felt that their qualities were exceptional and that they could better represent themselves. It is now in its 3rd harvest, is a healthy Union and growing. We’re big fans.

PRIVATE FARMS: Private farms are self-explanatory in many ways. Since 2008 and the establishment of the ECX, private farms have been the one option that preserve relationships and traceable coffee. The issue has been that Ethiopia is so populous, that farms large enough to fill a container, or produce an export size volume of coffee are rare. Where they do happen is most commonly seen in the west (Jimma and Keffa Zones) where land redistribution has formed larger coffee blocks.

Similarly, you may also find a landowner that builds a mill on their land, and buys cherry from surrounding farmers. This is called an out-grower scheme. They can directly export these coffees, and this has been a major loophole for wetmill owners who were affected by the ECX regulation. For examples, if I had a wetmill only, I have to sell to the ECX. But If I have a wetmill and I buy the farm it’s on and register that farm for direct export – now I can sell all the coffee from my mill to direct buyer and bypass the ECX. While this does happen, the only ones that can do it have both money and political clout, stacking the deck a bit against the smallholder. 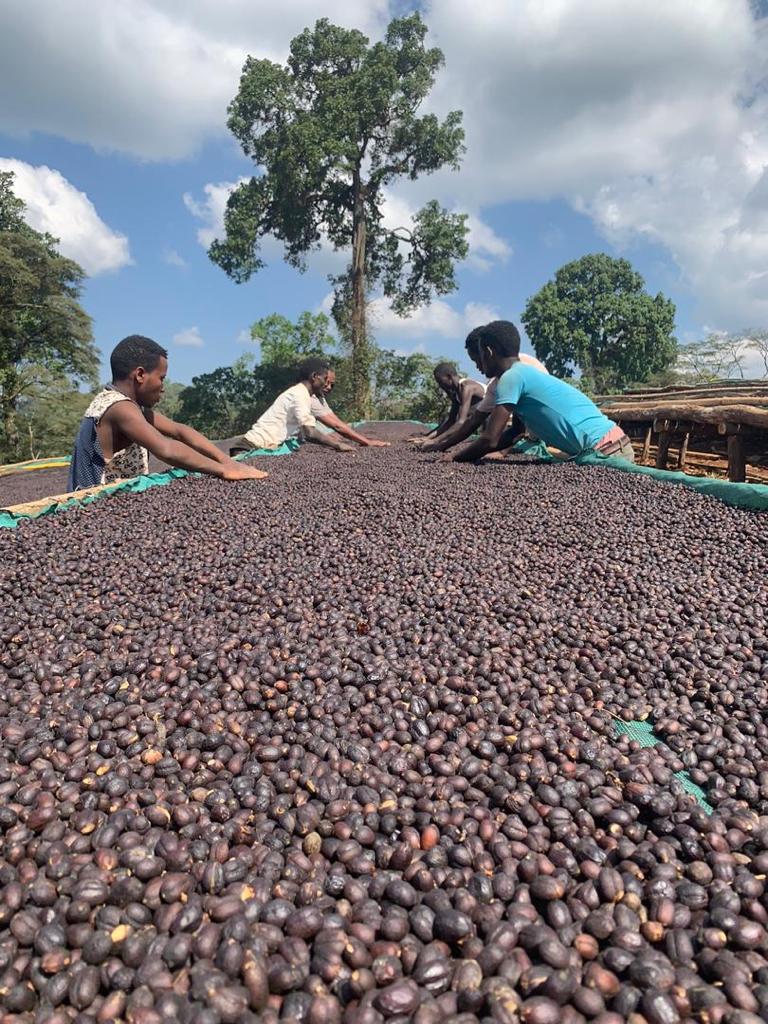 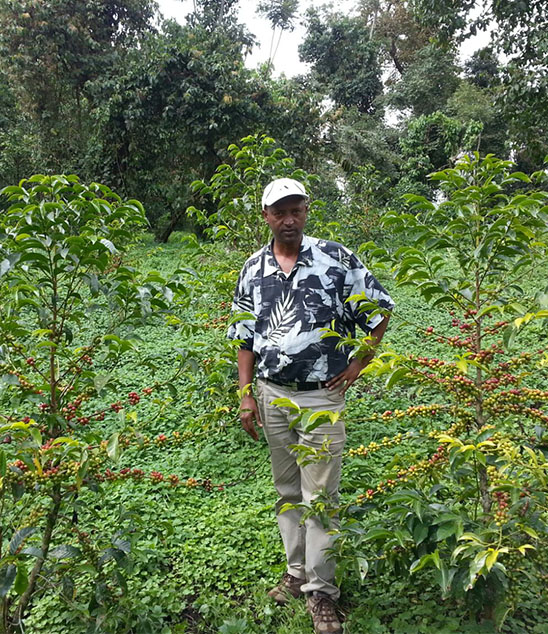 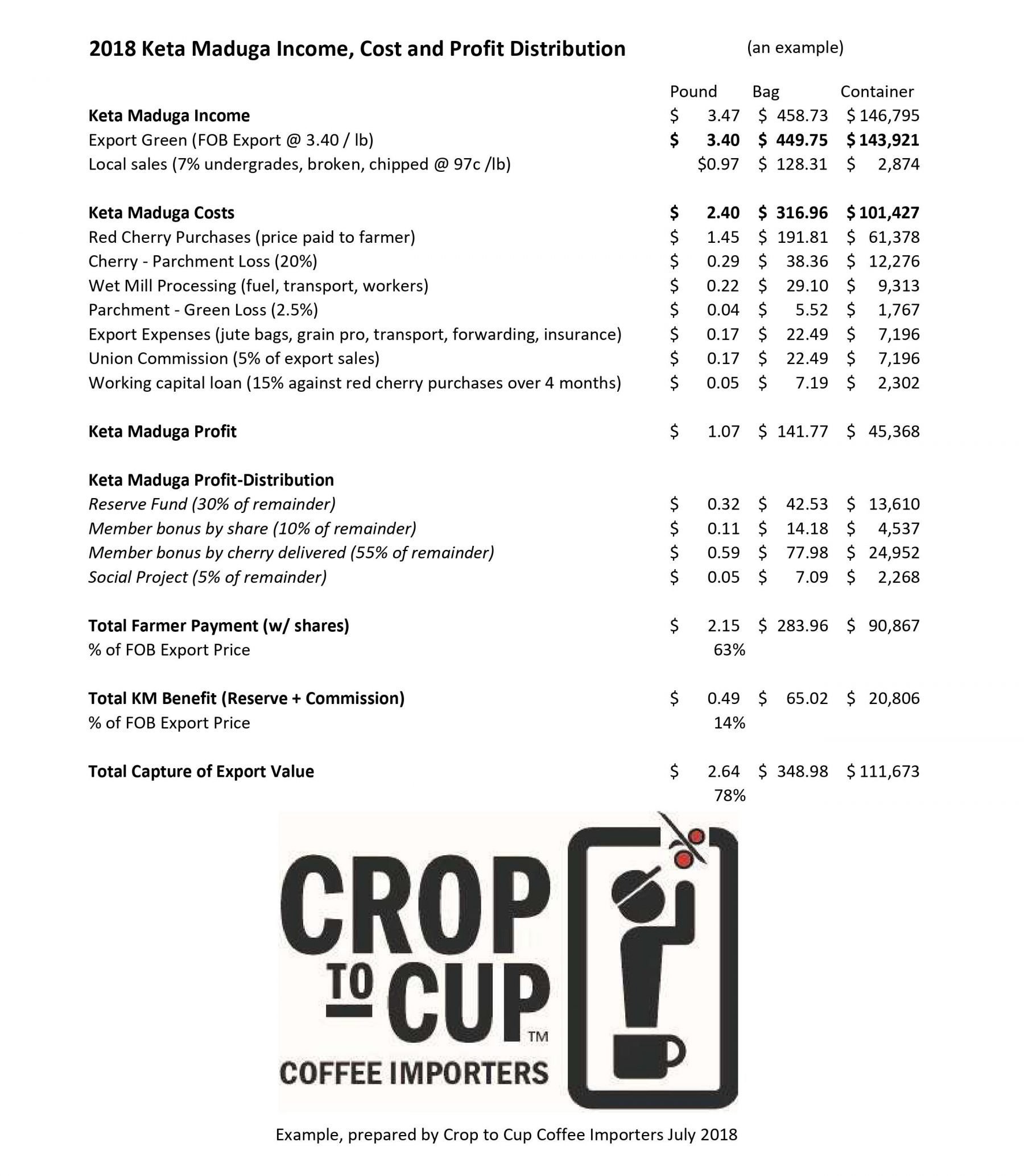 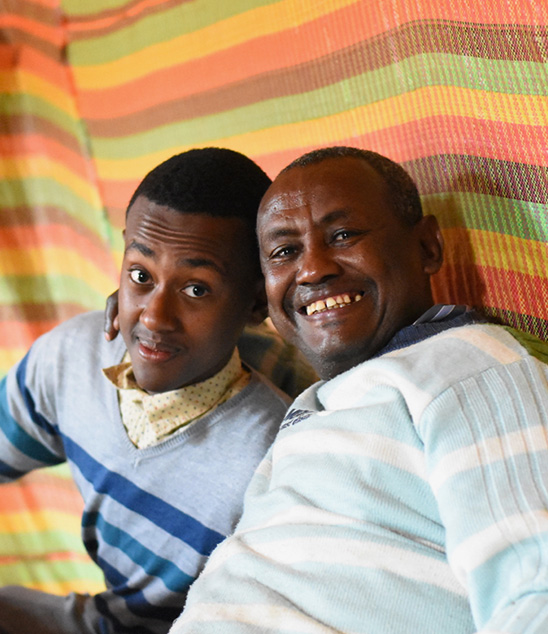 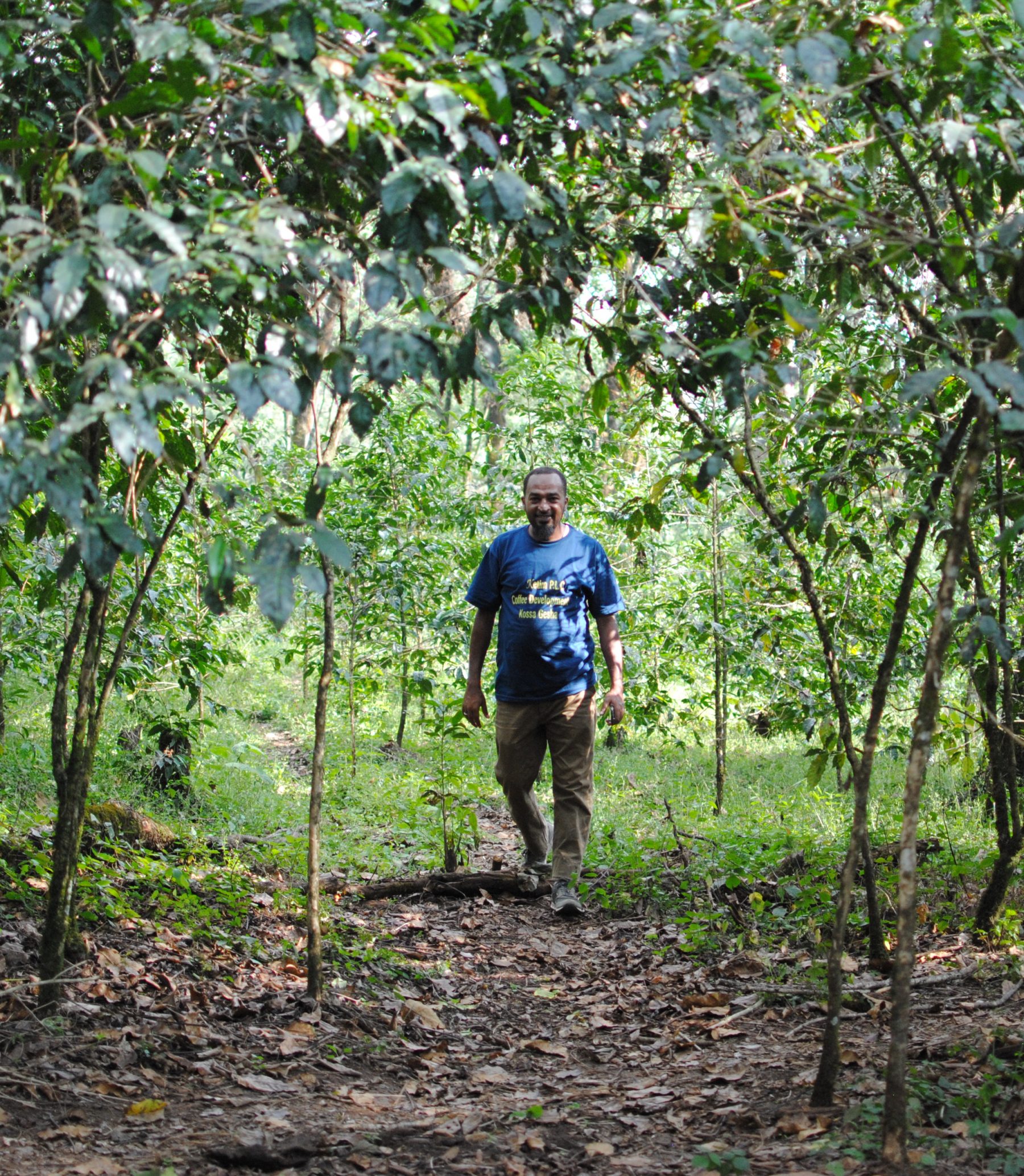 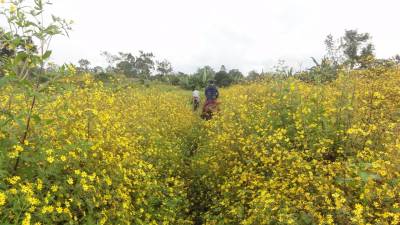 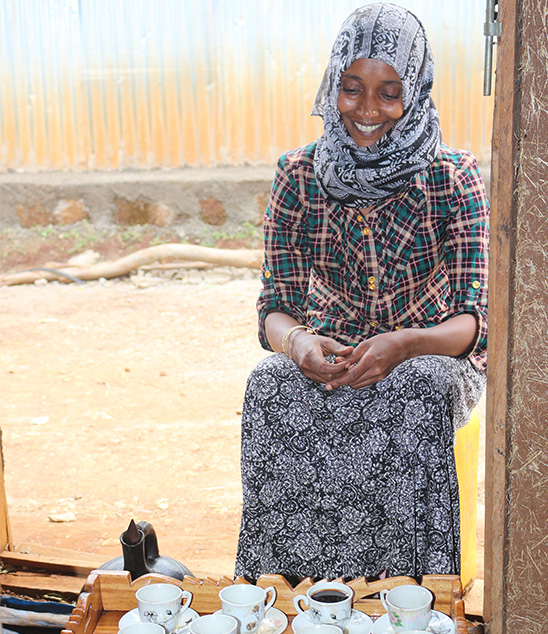 The Sweet Story of Kata Maduga 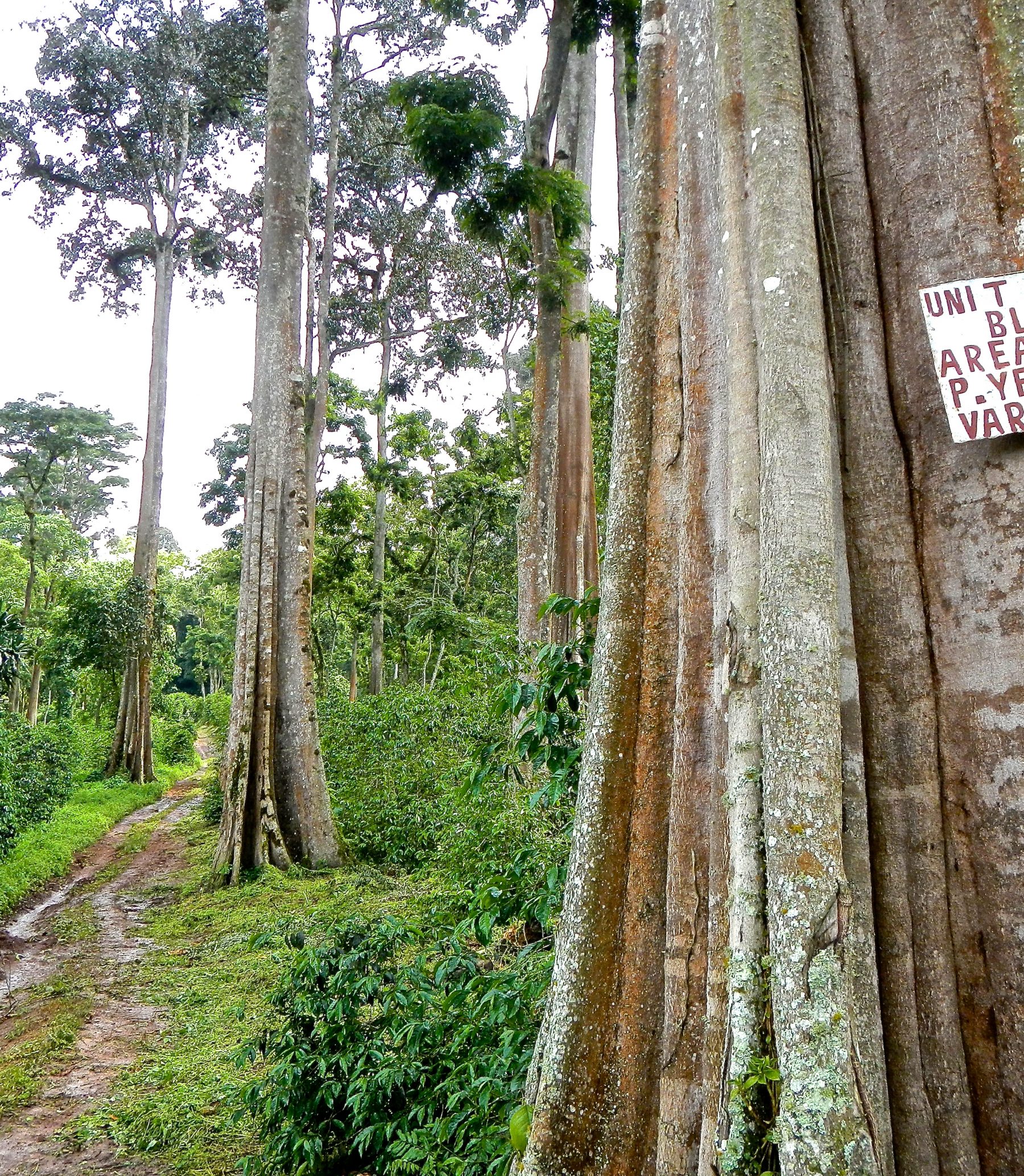 Ethiopia: After the Harvest