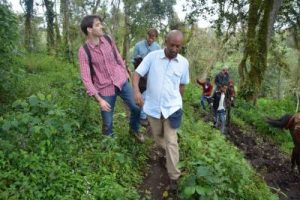 You are only allowed to be ignorant once, so you better make the most of it.

Ignorance is an incredible state to be in for experiencing new people and places. If you don’t know, you don’t have any choice but to take each person and idea as novel, as if it were new.

The downside to adulting is that you aren’t often allowed to come across as a child. Maybe this is why you don’t see as many full-sized humans awestruck as often as this world warrants. At some point, growing up, you’re just supposed to just know already. Ergo, when you come across that rare first, you have a rare opportunity to not know. And you should embrace it. 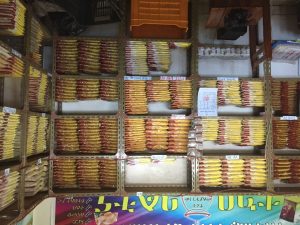 (spice shop in Jimma; flavors yet to be tasted)

Ethiopia for the first time

In November ’17 I traveled to Ethiopia for the first time. I’ve been working in East African coffee for over ten years, and have kept up to-date on the ins, outs and intricacies of Ethiopia through my colleagues. But despite my company’s history there, I had never before been to Ethiopia and simply did not know.

Nor was I expected to. My business partners did the knowing for me, I just had to learn, build relationships and ask the stupid questions.

When I realized this I felt fantastic. Ethiopia is an incredible, complex and confounding country – it’s foolish to feel as if I ever had anything worthwhile to say on the subject. Yet, the country is such an important part of the coffee industry that – like me – most coffee professionals have been talking about Sidama or Yirgacheffe before we started serving them as Single Origins. I’ve heard so much on Ethiopia, and have repeated much in kind, that I was expecting myself to know.

But right about the time I got off the plane I remembered that I did not know. I was flying in from Entebbe to Addis, arriving at night, and was reminded right away that Ethiopia is not East Africa. Why? Well, that would be hard to explain without geeking out on Ethiopia’s history and ending up like a text book (summary – Ethiopia is not East Africa).  But another way is to try to share all some first impressions, you know, those details that fade over time, but which bring a memory to life.

Memories can lose their pop if left out for too long, and so my goal with this blog is to bottle-up some of these first impressions before their fizz could fade, particularly those which I’m surprised were surprising. More, I intend to scold my friends and colleagues who let me be surprised – they had travelled to Ethiopia before, but completely failed to share any of these rather important details with me.

So that I don’t fall afoul of the same, here are some important non-coffee things you should know before travelling to Ethiopia.

Know before you go

For example, you would never go to France or Italy for the first-time without someone explaining to you that they’ll kiss you on the cheek. So, you can imagine my surprise when I learned first-hand of hwo they do it in Ethiopia. Expect to be grabbed by the wrist and pull me in like the Trump pump, and then butt shoulders, three times, hard. It’s actually kind of cool, and pretty considerate in a place where you eat with your hands. What’s inexplicable is how this crucial daily detail seems to escape everyone’s story.

So, when you get to Ethiopia, as a male, just know that this will happen. For women, I did see some cheek kissing going on – one example of the Italian influence – just like them saying ‘ciao’ for goodbye, and serving up some darn good pasta on every menu.

Another daily detail that shouldn’t have surprised me was the non-verbal gasp that Ethiopians give when they agree with what you are saying. I’ve seen similar things in East Africa, where you grunt or raise your eyebrows to indicate agreement. But this Ethiopian gasp took me by surprise because the gasp itself sounds like surprise. So just know that gasping is good.

How can you tell me about your trip to Ethiopia and not tell me this? I sat through all of your silly photos and you keep this juicy detail from me? Absurd!

Almost as absurd as no one telling me Ethiopia uses a totally different clock and calendar! How is it that no one told me that 7:00 AM is 1:00 in Ethiopia; they use a 12 hour clock that starts at sunrise. Also, dates are different – as I write this on November 18th 2017, it is the 9th of Hadar 2010 in Ethiopia where they use a Coptic calendar, similar to the original Julian, but with 12 months of 30 days each, and one month with 4-6 days if accounting for a leap year. They have reason to believe that Jesus was born a few years later, hence the seven-year difference. If someone had told me all of this I wouldn’t have thought that Ethiopians were into broken clocks and old wall calendars!

From the sound of it, Ethiopian is a Muslim country. But that’s only because we are used to hearing the Muslim call to worship. Ethiopia, actually, is almost 2/3rds Christian to 1/3rds Muslim; the Ethiopian Orthodox Christian Church has a call for prayer that rivals mosques in every town. Literally. There’s a competitive call and response between Mosques and Churches, each trying to find 11 on the dial to get God’s ear.

Religion runs deep here, with a direct line back to Queen Sheeba and King Solomon, whose son it is said took the Ark of the Covenant back to Ethiopia. Yup, that’s right. Some say it’s still there. But, for me, this anecdote was a reminder of Ethiopia’s long history as the early kingdoms of Kush, of Nubia, and as the Lower Kingdom of ancient Egypt.

But this history is relatively new to Ethiopians, who only recently started researching and teaching a common history of Ethiopia. More traditional history classes focus on the history of each tribe, and the more modern political history of the Ethiopian state. But I hear that classes are changing, books are being published and the conversation is starting to change to one of a more national identity that honors this common pre-history.

Still, today, the country is divided along both religious and tribal lines. The Oromo are the biggest, at just over a third of the population, followed by the Amhara who represent about a quarter. The Tigrey tribe represents about 6% of Ethiopia’s population, but has held power up until the recent peaceful ‘coup’ of April 2018 which say an Oromo president into office. Coffee lovers will recognize Sidama as a big name – but they only count for about 4% of Ethiopia’s population.

Oh wait, did I mention the peaceful ‘coup’ of April 2018? I sure did. Which is amazing since this article was written in November of ’17. But this news is so big it cannot be excluded so was put in during editing. It is interesting enough to deserve an article of it’s own, but there has been plenty written on it already. Look it up – very exciting, very positive for a country divided.

Making the matter of tribe more present, remember that Ethiopia – unlike most African countries – created political states along tribal lines. Look at a map and you’ll see how sprawling Oromia is, for example. This is just where the Oromia people live. 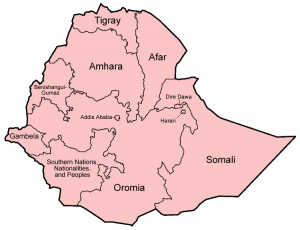 Depending on your view of the government in power this map either looks representative, or like incredible gerrymandering. Depending on how you feel about the Westphalian system in Africa, the move to redraw country lines along clan identities was either progressive or regressive. Regardless it’s not something you see very often, and an interesting source of both unity / representation, as well as conflict.

This also means that when you drive across state lines it is like driving into a difference country – new faces, languages and permits required for your vehicle (according to the thirsty officers).

And yes, this means that travelling through coffee country will take you through many different language groups. As if understanding the coffee geography of Ethiopia wasn’t tough enough …

Before visiting I had thought that the naming of Ethiopian coffees was unnecessarily complicated. Turns out, it is. But the reasons are fascinating. But before, a note on spelling. Amharic – the official language of Ethiopia – uses a different alphabet. A cool one at that. 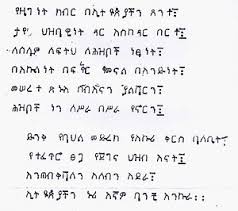 This leads to many possible Roman spellings of Yirgacheffe, Yirgachefe, Yergacheffe, Yerga Chefe… Djimma, Jimma or Jima….Nekempti, Nekempt, Lekempti, Lekempt…Sidama, Sidamo, etc…any other way you can think to make Roman letters make the same sound – they all work. So take that one complexity off the map – it doesn’t matter how you spell it as long as it’s phonetic.

With that out of the way, the next step is to understand the relationship between different coffee regions. One way of doing this is by looking at ECX designations, which are growing obsolete but still shape the way we refer to coffees. ECX separates major regions, and then designated sub-regions. While the system is less relevant to those interested in more transparent trade, the groupings still helped me to make sense out of the relationships between areas and towns.

>> thank you to Boot Coffee and USAID for their 2013 ECX companion, for laying this out <<

To make it more complicated, I mean interesting, ECX classifications run parallel to political regions, zones and districts. Political units are divided into regions (Oromia or Tigray, for example) which have many zones (Jimma or Keffa, for example), which is a collection of local districts called Woredas (Limu Kosa for example) which are, in turn, made up of local groups called Kebeles (Gundarashala, Manigawa and Gundaragara…names we’re not likely to hear very often).

What’s more, as of 2018 the government loosened up restrictions, and now allows washing stations, estates and cooperatives to sell directly to exporters and importers. Before, giant companies like Horizon, for example, could own many wetmills but not sell coffee from their supply-chains outside the ECX. Now they can market individual washing station coffees directly overseas.

This is very interesting and will impact purchasing strategies for evermore. But one impact of this will be a flood of new, sexy coffee names for you to choose from as these individual washing stations make their way to market like never before.

So, naming in Ethiopia is complicated, and about to get even busier. But the same complexity gives roasters many options for how they choose to label a coffee. For example, you can specific a coffee by…

As I build my mental map it has helped to describe every coffee I come across using as many of the above as possible. So, start asking your suppliers for more information!

On that, I’ll end with a short-list of other observations that made it into my notebook under the heading of ‘hmmm’. These are details that don’t fit into any narrative, but which I still found interesting as first impressions.

Every year we learn more. Check out our Current Offers to see what’s new this year.